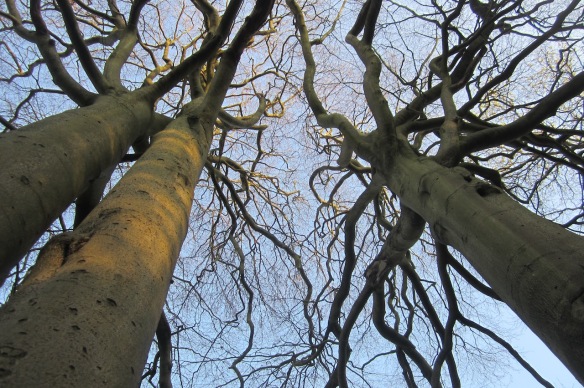 I did a Tarot reading last week by cutting my deck of 22 Major Arcana three times three, then turning over the top card of each pile.  This orderly picture was not what I expected to see, because I’d caught a bad cold and was all over the place; so I studied it carefully to find its higher message or ‘music’.  The first or centre one means Tifareth, with the Tree’s feminine and masculine pillars to the left and right.  Here is my reflection:

Key 1, the Magician (Mercury) wears a casual red mantle (Mars) over the inner robe which is white, and he gardens roses and lilies.  He conducts the force down from heaven to earth.  To his left are the tools – wand, cup, sword, pentacle – J H V H.  Above his head swirls the symbol of infinity.  If Amnesty is a kind of I-am-nesty, he is the One-nesty: an ‘intelligence of transparency’.  A turquoise snake girdles his waist to remind me of Key 13, the Reaper of life’s cycles.  Serpent symbolism is cyclic and regenerates itself. The circle round his waist and 8 over his head, combine pleasingly;  that which appears to be bounded (circle) is infinite inside.  Be planted in your garden.

The Keys – Hermit and Soul Strength – to each side of the Magus indicate what he is doing just now.  All three – representing the Kingdoms, animal, plant and mineral – gaze downward.  The Hermit stands on a snowy mountain top like a lighthouse keeper.  The Magus grows roses and lilies in the garden, while Mistress Soul Strength tames her alchemical Red Lion.  The Lion is our vital force, the Magus is our conscious self and the Hermit is All-Consciousness.

The woman with the Lion is a female magus – a lemniscate swirls above the flowers in her hair.  She wears the Magus’s shining white robe:  the loose red mantle of Mars is now the power of her Hermetic Lion whom she tames by opening his mouth for him to roar TUNEFULLY.  Binding him to her belly with a wreath of Magus roses, she is the higher Self/subconscious relationship.  Giving birth through the lion’s mouth, she is particular with the offspring she lets out.  She contains that power, like a breeze tossing birds on hilltop or green meadow.  Behind them is a wide open landscape for long walks, and in the distance rises the Hermit’s mountain; the lion frisks his tail.  The buttercup-yellow sky and background is (in Tarot) the colour of our sun or SOL.

Alchemy is called ‘the Sun’s work’.  It moves through and transforms our bodies, with what we eat, and pushes daffodil, buttercup and primrose through the ground.  Within the mountain the hidden veins of gold are ‘congealed sunlight’.

The Hermit is ship’s mast, lighthouse column, SOLitude.  The staff he holds is himself: the rod with which our Magus brings down the light.  The Hermit IS ‘be still and know’.  His cloak the colour of grey rocks conceals pure light.  The lamp refracts and directs the beam.  In the dark, where the other two are in full sunlight, he is the maker of Light.  Light emerges through darkness.

The Hermit’s sign is Virgo.  (Magus is Mercury and the sign of Strength is the Sun’s own – Leo).  Virgo rules the dark labyrinth through which we process solar atoms into the blood stream.  He is seeing right down into his own digestive process, and he wears a YOD cap whose colour has feminine sensitivity – blue, like the priestess.  His hebrew letter YOD is the tenth:  it carries the same meaning as linga in Sanskrit – the phallus as a kindler of light.

Contemplate these three Keys, two of them sunlight, one of them night.  The edge of the Hermit’s key is Venusian green flecked with sunlight, like early leaves in spring.  Darkness generates that power of Light.  Any condition might be brought to realise so.

Alchemists call our gut the Black Dragon.  Solar atoms (golden yellow) are diffused through its walls into the bloodstream by means of lacteals called chyle, the virgin’s milk.  Red and white ‘soldiers’ (blood cells or corpuscles) then travel to the various cities and castles (organs) around the body where they are required. The old alchemical engravings  are filled with these ideas.  We may value also the interior splendour of our bodies: the hidden rainbow hues, the cosmic integrity and balance of each organ, vessel, enzyme and cellular memory in its place, the solar pulse and flow of life.   Virgo keeps the SECRET things in order, like a secretary.  The Hermit’s cap is phallic and feminine. YOD the smallest letter in the Hebrew alphabet, is spermatic, a tiny fish: the seed of all the other letters.   Reflect on the fluid mystery of masculinity and the androgyne; they put the king and queen to bed together in the Hermetica.

Conditions (and bad colds) pass, along with the idea of standing still in the flowery meadow;  another temporary adjustment to the tides of tempo:  a fruitful opportunity.  In the darkest part of the body is confected the light of life. Life is something to live slowly, because no matter where or how I am, it is full with light, sound, space and sensation. This open tempo prevails, even within an accelerated human topsoil.  I only have to stop and see and be it, and not be in a hurry.  It produces an almost imperceptible yet delectable manna from heaven.

Astrologically, Key 1 is ‘Mercury’ wearing a red mantle of Mars – nowadays Mars is chugging along in Gemini, the sign ruled by Mercury.  Mercury changed direction last week in Aries (ruled by Mars).  It is now going Direct.  Mercury and Mars are in each other’s signs –  in mutual reception.  So is it surprising to see their clarity in the oracle?  What did surprise me was my transparency, because I felt blurred.  I think I had asked, ‘what’s this about?  What should I do?”

My ascendant (physical vehicle) is on the cusp Leo-Virgo;  here, Mercury stands between them on the cusp, in beautiful white, red and gold;  the signifier.  Mercury is the mental body, and its vitality; Mars the physical body and its regulation.   The Inner Plane or oracle reflects and advises the outer, and brings peace.  Make way for the Higher Hermetic Mercury.  He wears the Mars garment casually and he adapts the situation.  The Higher Hermetic Mercury is a healing staff:  Egyptian ankh, the Caduceus.

I find in my soul, a caduceus.  It is made from ebony or yew, and it has subtle powers of alignment.

The mental body  (Hermetic Mercury) is the template from birth for our volatile physical body.  From its constancy come needful repairs and healing to physical tissues; but that depends on what we identify with.  Many healers call upon the subtle template to assist them with repairs to the physical.  Jesus did, without even thinking of it. 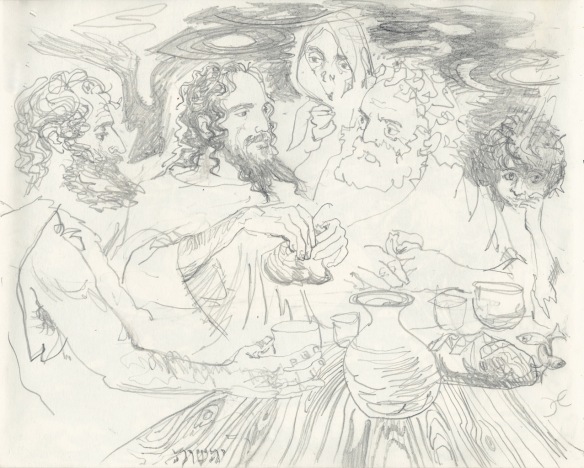 The highest Mercurial operation in Tarot is in key 6 the Lovers, whose sign is Gemini.  Mercurius within their reciprocal space sets everything in its place, like a table laid for God.

COPYRIGHT – All art and creative writing in this blog is copyright © Janeadamsart 2012-2016. May not be used for commercial purposes. May be used and shared for non-commercial means with credit to Jane Adams and a link to the web address https://janeaquariel.wordpress.com/