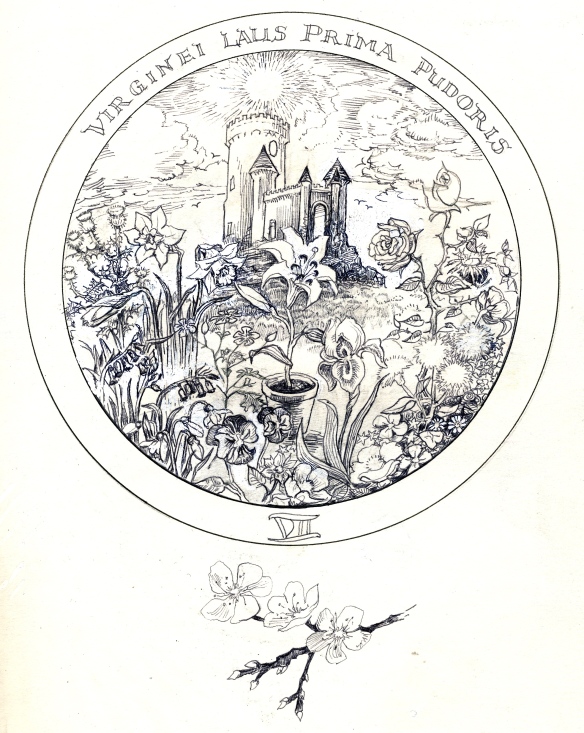 Tarot is a visual and contemplative language:  the 22 Tarot Keys/letters of the Hebrew alphabet are living, sacred numbers.  Among various other meanings, the number 13 in Tarot spells the Hebrew noun EChD, Unity (1,7,4);  and also AHBH, Love (1,5,2,5).  On the long journey through life, the old concept of “me first” is slowly reduced through alchemy to “the chaos of the Radiant Darkness.”

What is this radiant darkness?  Old alchemists called it the raven’s wing, in which they saw the constellations, as on a starling’s breast.  For instance, when I “allow, accept and embrace” my shadows, I begin to fall apart.  I perceive within them, the unfolding light.

I feel something of this transition and its effects as I am guided nowadays to ‘be more for others’ – which is physically tiring and time-consuming.  The Great Work enters the world with commitment, confusion and love.

Alchemically, the new conception is Key 19 the Children of the Sun, whose neighbour on the Cube of Space is Key 13, Death.  On the Cube of Space, Death holds the southwest corner edge between the Children of the Sun (south) and the Wheel of Fortune (west).  Death (ruled by the scorpio force) suggests movement, transition, regeneration.  Without the harvest, the death of the old, nothing new can grow. 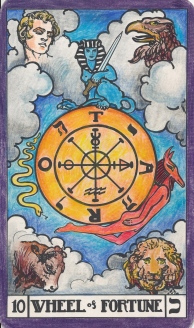 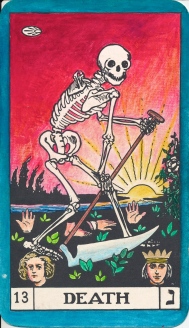 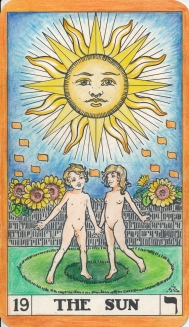 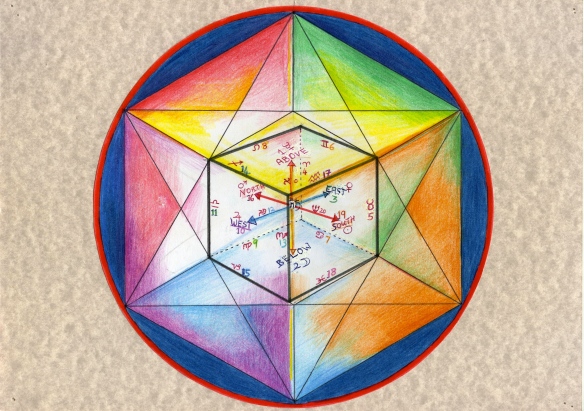 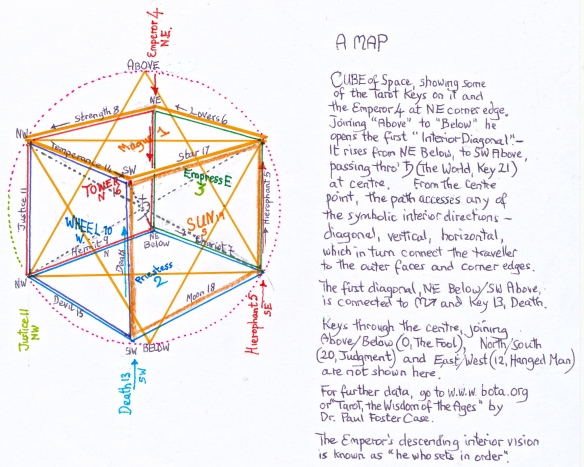 For more on the Cube of Space, visit the Builders of the Adytum, http://www.bota.org

Each event is a point on the circumference of a sphere or wheel, continuous with all preceding and with all which follows. “All space is full of the presence of the One Thing” (Paul Foster Case).  The universe in all dimensions, is a seamless robe – the One Thing’s holographic extension through the detail of time and space.

When you or I discover for ourselves that the power of the One Thing fills all time and space, the nightmare of personal separateness is destroyed and the world is changed.  Change starts from the heart’s cave, and radiates onward with a subtle “domino” effect.  The turning wheel (Key 10), the lightning flash of awakening (Key 16) and the reaper (Key 13) symbolise the One Thing in process: it moves. 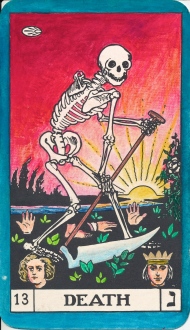 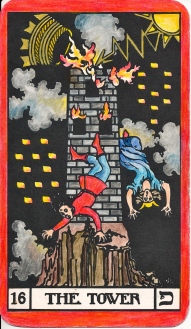 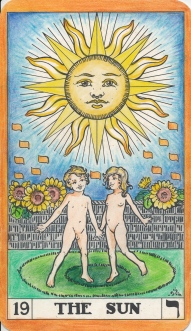 Tarot keys 1, 4,7,10,13,16,19, are the MONAD. Then study the Magus, Tarot Key One.  He isn’t “doing anything.”  He concentrates, and at the same time receives.  The intelligence of Transparency flows down through him into the garden:  the roses, the lilies and tools on the table of life. 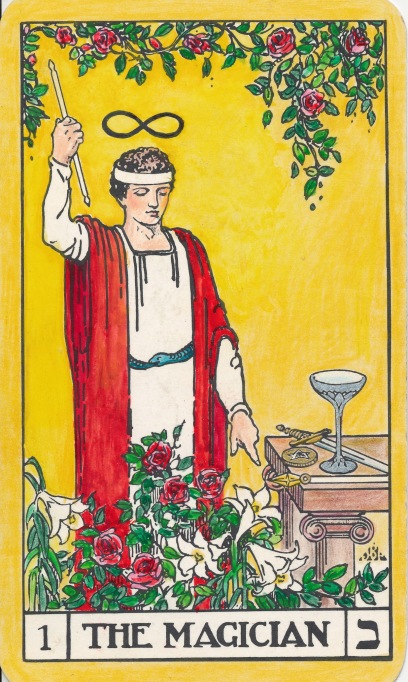 I got some flavour while writing of the ONE THING, of a feeling which is gentle, it is neither conventional nor much noticed by social radar.

The other day, I listened to my friend tell his disabled beloved, that the love and power of God is a dimension flowing through him to her, and into the struggle she has to face. All of it is worthwhile, in their life. The acceptance sets him apart from the mainstream.  Each thing he does for her, takes care. 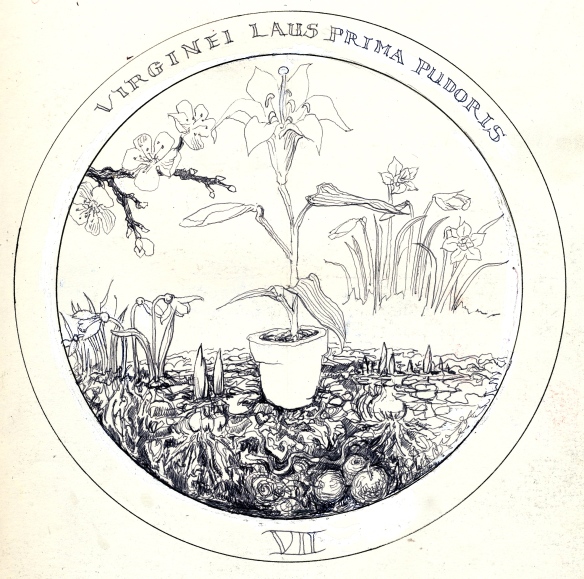 The inner truth permeates all things, and at the same time it is set apart, like a lily planted in a garden pot in a field. 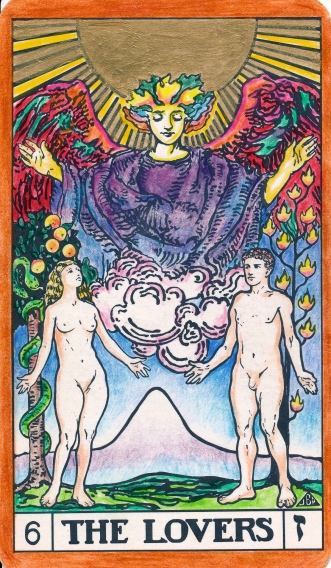 In the Lovers, Tarot Key Six, each fact of life is illumined and discerned.  The symbol is Hebrew letter ZAIN, the blade of a sword which “parts the waves”.

Unity is not soup. Unity is the unique nature of each phenomenon clear and distinct as the One. The One is all – the All-one.  The seed to be fertile, is parted:  it divides into two.

I am polishing life-given opportunities, which are gems. To polish each gem which life presents, is to serve the whole. Regard each phenomenon and feeling – including the blackness of the raven’s wing – in this way!

And … who is doing the polishing? 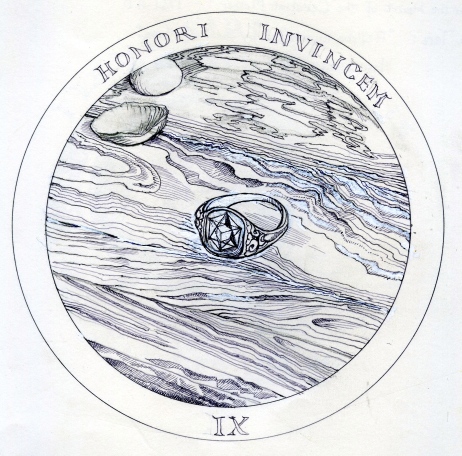